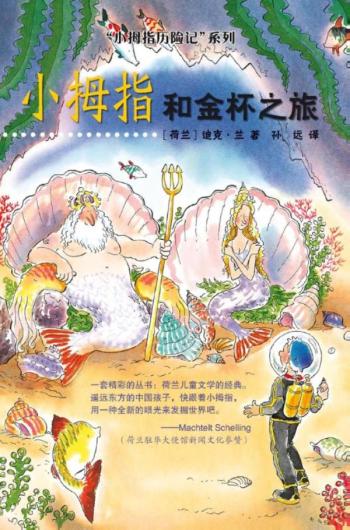 Ga naar het begin van de afbeeldingen-gallerij
Gegevens
This is the Chinese edition of the famous Dutch gnome Pinky. Pinky, a little man not bigger than your pinky, is recognizable by his white beard and his blue pointed cap. He lives in Silvertowervillage with his wife Pinkylotje. One day he is asked to come by king Pinkypomp because the magic cup is stolen. The king is very much attached to the cup, not only because it is gold and covered with valuable gems. The cup has magic power With Tracker, the treasurer of the king, Pinky starts searching. The thieves that stole the cup sail in their motorboat on the Pinkysea. An old fisherman tells Pinky that all motorboats disappear in a strange way. Pinky saves the life of a little mermaid. He borrows a diving suit and dives in to the Pinkysea. He gets captured by seadevils, but the mermaid sets him free. The the little man meets the parents of the mermaid, king Neptune and queen Pearlgloss. Will Pinky find the golden magic cup? Read for yourself!
Meer informatie
Reviews
Schrijf uw eigen review